The upcoming Tata Bolt Sport has acquired much of an attention from the various buyers in the market. Although the launch is quite ahead right now scheduled for the month of April in the following year 2016. The Tata bolt Sport is expected to carry a price tag of INR 5.50-8 Lakhs. The car has not been officially launched in the market, so the upcoming information n tentative.

Overview: Tata Motors presented the Bolt Sport at the Geneva Motor Show 2015. It would be the primary latest hatchback from the house of Tata, and would be rolled out in the country adorning the performance segment. This latest and fresh variant is the performance-based variant of the existing Bolt hatchback and comprises additional power carrying a sportier look as compared to the presently traded model. It is most likely to be brought in the domestic market of our country by this year end. 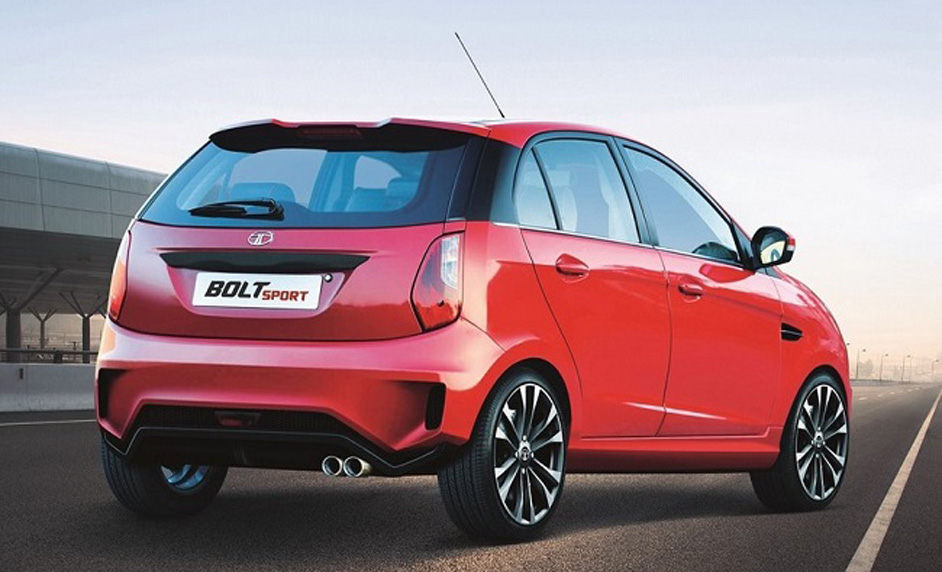 Exterior:As it?s a sports model, the inside as also been thought for in the similar line up, the Tata Bolt Sport acquires a new grille, projector headlights along with a sporty body kit with a fresh bumper at the back too. The 17-inch alloy wheels are freshly designed. Other than the body kit and side skirts, the Bolt Sport also sports sleek air openings on the fenders at the fore, basically sticking by the sport opinion. One can see a brush metal strip on the number plate along with a new bumper with a pair of diffusers on the back of the spoiler on the roof of the car.

Interior:There are changes to the interior as well which include a black leather upholstery with contrasting red stitches and accents, sunroof, Harman touch-screen infotainment system with voice recognition and SMS readout, etc. On the safety front, the new model is equipped with speed-dependent volume control, anti-lock braking system (ABS), corner stability control and dual airbags.

Engine and Transmission:The Tata Bolt Sport would extract its power through a similar 1.2-L turbocharged petrol mill that is also housed in the regular Bolt and Zest. Though, the unit for the Bolt Sport is enhanced for a better performance, and produces 120bhp of power and a torque of 170 Nm. This unit arrives being paired to a five-speed manual transmission that directs power to the wheels at the fore. Similar to the Tata Bolt selling at the moment, the Bolt Sport would b rolled out in 3 distinct multi-drive options - Eco, City and Sport.

Price and the market:At the moment, there are just a few such edgy hatchbacks been introduced in the country. The Bolt Sport would elevate the level of competition in the native market, that is currently been running with the Volkswagen Polo GT, Punto Abarth, the imminent Active i20, Datsun Redi GO etc. It is quite possible for it to carry estimation amid INR 5.5 lakh to INR 8 lakh once rolled out in the Indian market.