New 2017 Chevrolet Cruze now ready to sale on China with an even better exterior styling model. Recently it has launched in China this year and India will be launched it newt year. The New Chevrolet price estimate in China Rs 11.02 lakh approx. It’s first in segment projection with fog lamps, LED daytime running lights with new front grille and a new rear lip spoiler. The Chevrolet has already planning to introduce 3 new cars with new generation like Chevrolet Beat Essentia sedan, Beat hatchback, Beat Activ Crossover beside the new Cruze in India market. 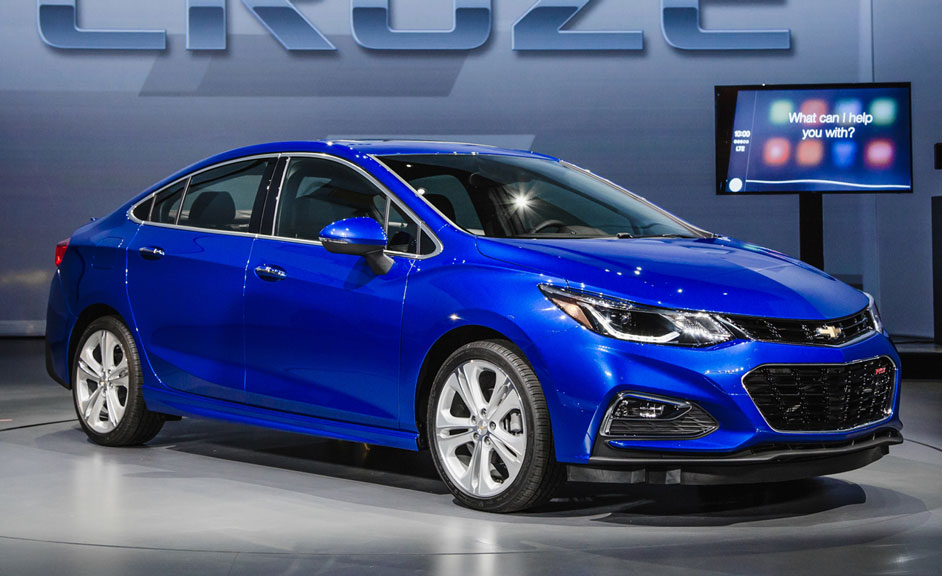 2017 Chevrolet Cruze is likely to launched in the Indian market by the end of 2017 or early 2018. The official launch date will be announced as per Chevrolet India.

New Chevrolet Cruze will source with power from a latest engine specification such as 1.4-litre with 4-cylinder turbocharged petrol engine. The engine gasoline unit will deliver 153bhp of power and 240Nm of max torque. As per new, sedan’s model will be capable to complete 0-100kmph sprints in 8 seconds. The engine transmission options on available will be a 6-speed manual or an automatic.

2017 Chevrolet Cruze new prices are likely to more than its current model. Its estimate price in Indian market might be offered by the price in range of Rs 15 lakh – Rs 20 lakh approx. (ex-showroom).

New Cruze’s segment is looking excellent with its dimensions such as longer (99mm), wider (21mm), taller (6mm). Its wheelbase has been increased by 38mm also. So, the new Cruze is more spacious than the current model.

2017 Cruze interior look will be more excellent in the market with several new comfort and connectivity features inbuilt. The new Cruze is likely to carry a 7-inch infotainment display with new 3-spoke steering wheel and dual cockpit design with instrument cluster. New Cruze has large MID and leather upholstery from the current model.