Bajaj RS200 soon to be launched on the Indian roads

Bajaj auto is all set to launch its fully loaded 200 cc Pulsar on the Indian roads on March 27th, 2015, as hinted by the company. The all new RS200 is expected to be priced between Rs.1.1 lakh.

Bajaj auto is all set to launch its fully loaded 200 cc Pulsar on the Indian roads on March 27th, 2015, as hinted by the company. They confirm the bike will be named “RS 200” in the Indian market!!! If we are to believe the claims, it is to be the fastest pulsar, however the news is, the company is planning to launch its siblings too with a greater speed…..the Pulsar shares its design with the ss400 concept that has been displayed earlier at the “AUTO EXPO 2014”.The engine powers a good 23bhp and 18Nm at 8000 rpm and comes with a 6 speed gearbox. You can expect to get this bike with a high fuel economy and low emissions. The engine bears the much hyped “Triple Spark Technology “from Bajaj. 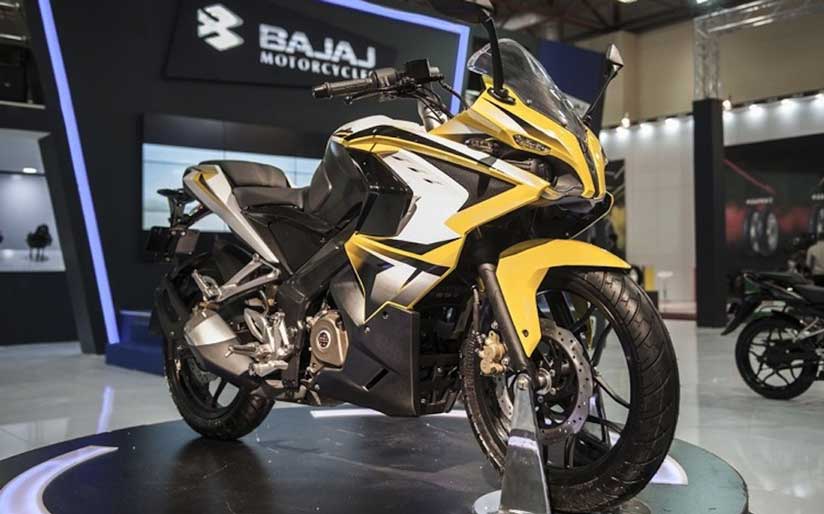 Talking about the designing of the bike, it features the same tank as in NS200.Other features like a twin projector head lamp, a clipping handlebar, a slung exhaust and a plastic guard. (It has a muscular body to give you every inch of that oomph!!!!!)

So get ready to get the streets drooling on this all new Bajaj Pulsar RS200!!!!