Ford EcoSport a start performer at the Auto Performance Show

The all new updated Ford EcoSport 2016 was exhibited at the Autocar Performance Show 2015. The car was hurled over in the domestic Indian market during the previous month

The all new updated Ford EcoSport 2016 was exhibited at the Autocar Performance Show 2015. The car was hurled over in the domestic Indian market during the previous month, carrying a price tag of INR 6.79 Lakhs to INR 10.44 Lakhs, being the ex-showroom price in the capital. The car has been one of the most cherished and loved car ever since the time it was launched in the country, while most of the buyers fell in love with it on the first sight. The car has been performing and scoring well enough in this highly competitive market, since its launch and the charm is as good as new. 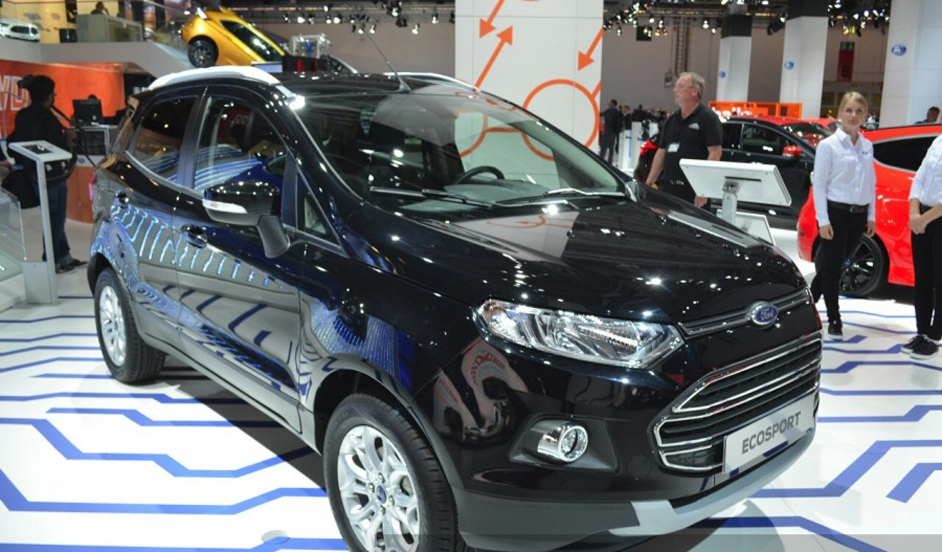 The refreshed Ford EcoSport has obtained just a few negligible upgrades, in terms of its structure and has acquired a fresh list of features. The 2016 model sports a latest cross LED light conduct, a couple of non-LED daytime running lamps along with a new Golden Bronze body color that is added on to the color list for the car. The new features that speak about the swag of the car, being elements like automatic headlamps, rain sensing wipers, an electro-chromatic inside rear view mirror, a leather-wrapped handbrake lever and an interior chrome pack.

The diesel variant of the Ford EcoSport 2016 obtains a little higher power and torque, whereas the petrol units – 1.5L Ti-VCT and the 1.0L Ecoboost remain unaffected. The 1.5-L TDCi diesel mill at the moment offers 100 PS along with a torque of 205 Nm though the earlier variant carries a capacity of pulling out a a 91 PS along with a 204 Nm of torque. However the transmission remains similar, after the re-adjusted of the diesel engine offered, the car pull out a mileage of 22.27 km/l equated with the last model’s 22.67 km/l when w talk about mileage