The folks at the company Maruti are busy getting the upcoming YRA ready in the green room, with its launch just around the corner. It indeed is the much awaited premium hatchback by the company that is also being presented at the Giokando Indonesian International Auto Show 2015. The car was slotted for an October launch;

The folks at the company Maruti are busy getting the upcoming YRA ready in the green room, with its launch just around the corner. It indeed is the much awaited premium hatchback by the company that is also being presented at the Giokando Indonesian International Auto Show 2015. The car was slotted for an October launch; however, the Maruti officials are kind of pre-poned the launch and it is assumed to be out one month earlier than the scheduled date. The car is named as the Maruti Baleno in the global market. The car is suppose to carry a price tag of INR 5.25-8 Lakhs, with its launch scheduled for the coming month of September, 2015.

Overview:Maruti Suzuki?s forthcoming premium hatchback has been unveiled in the form of the all new Suzuki Baleno ? a car that premiered as a concept in Geneva, initially this year. The car was called the iK2 previously; Suzuki lately pronounced that it would sell this model in Europe, in the following year, dubbed as the new Maruti Baleno. While the domestic market of India is concerned, the Maruti Suzuki is projected to launch this vehicle in the coming year carrying a new face in the premium hatchback segment. 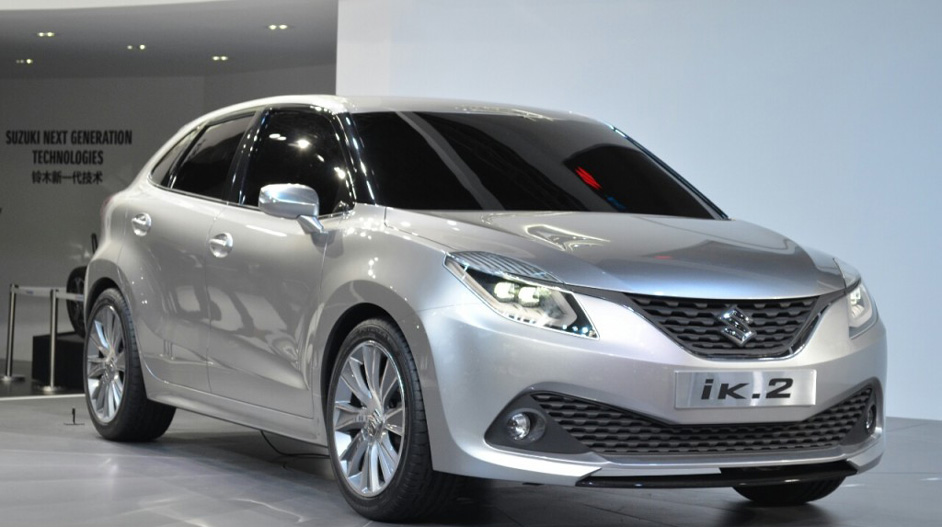 Exterior: The new Maruti Baleno aka the YRA retains the typical Suzuki face however uses a few of contemporary styling touch namely elements like latest y-shaped grille and sweptback headlamps along with daytime running lamps. The front, in fact, is a look alike of the Swift hatchback and the old Kizashi offerings by the company.The side profile of the car is similar to most of the hatchbacks running on the roads at this point of time. It is distinguished by a lengthy and low roofline that split ends at a moderately sharply collected C-pillar. While getting a glimpse of the car in the official pictures floated by the company itself, it looks to have a flat posture although with a well-built wheel arch and a sturdy base line. Before I finish, the minimal rear-end sports a boot lip spoiler and an exciting tail lamp assemblage.

Interior: There has been a lot of work done on the outer portion of the car. However while talking internals of the new upcoming Maruti Baleno is projected to make use of parts in-house from the company itself. As per our assumption, the basic design of the inside dash would be quite identical and usual for the brand itself. Though, this car would have a fresh instrument cluster that is predicted to have moderately fresh blue-back ambient lighting and in the top-end variants, the color is displayed in measure. Talking about the features of the car, we expect a capacitive touchscreen, 2-DIN music system and driver?s supports like ABS+EBD and would arrive with two airbags for sure. Suzuki might as well present the AC vents at the rear for an enhanced comfort for the passengers seated at the rear of the car.

Engine and gearbox: Throughout the globe, the upcoming Maruti Baleno would be accessible, carrying the Suzuki?s recently crafted 1-L BOOSTERJET direct injection petrol unit. Fortified with a turbocharger, this new petrol engine would be extremely fuel competent at the same time as submitting a reputable amount of sound with a claimed of approximately 120bhp. Matched to it would be any one of the five-speed manual transmission or an AMT on selected models.For the native market in the country, Maruti would most likely use the Swift?s naturally aspirated, 1.2-L K-Series, beside the 1.3-L MultiJet diesel engine in 90bhp structure.

Launch, Price, Contest:The upcoming new Maruti Suzuki Baleno would participate in the race along with the Volkswagen Polo and Hyundai i20, in the Indian as well as the market abroad.While here in India, Maruti is supposed to roll out the car carrying a competitive price even though with a new character. As it definitely is a premium offering by the brand, most likely it would traded over the Nexa dealerships throughout the country.