Renault Lodgy Stepway showcased in India for the first time

Renault India showcased the upcoming Lodgy MPV at the Renault Star Guild Awards show recently. The company released the first image of the India-spec MPV last month, and confirmed an early-2015 launch. Most of SUVs model of car are liked by most of Indians and the market for MPVs too is growing fast thanks to its practicality. The upcoming of lodgy is the French car maker will make its debute.

Renault looks at the front like sports a large chrome grille similar to one seen on the koleos. Petrol and diesel engine is available in lodgy powered by 85 PS as well as the 110 PS guise. Petrol diesel will also introduce with 1.6 litre petrol producing 104 PS of power. The plastic cladding at the bottom on the doors and five spoke gun metal finished alloy wheels. Indicators have been also provided on both side visibilities at night. It designed slightly in better shape. It start with simplest design. 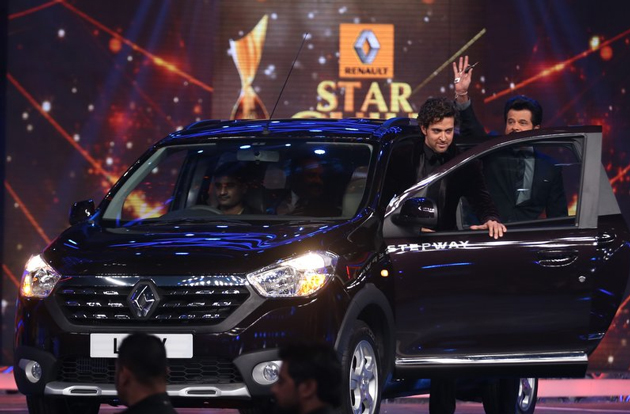 Interior qualities are an exciting cabin entry and expected to come with high grade materials and upholstery. The quality of door panel is also desirable in this utility vehicle.

It come with safety & security features for maximum safeguards like ABS with EBD efficient brake system, multiple airbags for safety of driver & co passenger and park assist sensors for facilitating easy parking are likely to come with this new SUV model.