Home Bike News Bajaj V spied at the dealerships, you can even book it now

Bajaj V spied at the dealerships, you can even book it now

As per the various sources over the web, the all new Baja v has arrived at the various dealerships, while carrying a modest pricing of INR 72000, being the on road price in Mumbai. The bike is projected to be out for a launch in the coming month, while the deliveries could start only by the end of the month. The bike has been unwrapped earlier this month, being labeled as the premium commuter offering in the market. The bike would be placed in between the 150cc air cooled solo cylinder and the Bajaj Pulsar 150. The bike would extract its power over the 150cc sir cooled, solo-cylinder DTS-I unit that works in order to churn out a 11PS of peak power along with a great output of 13Nm @5500 rpm. The unit is mated to a five speed transmission for an awesome ride, a balanced support and a great road presence. 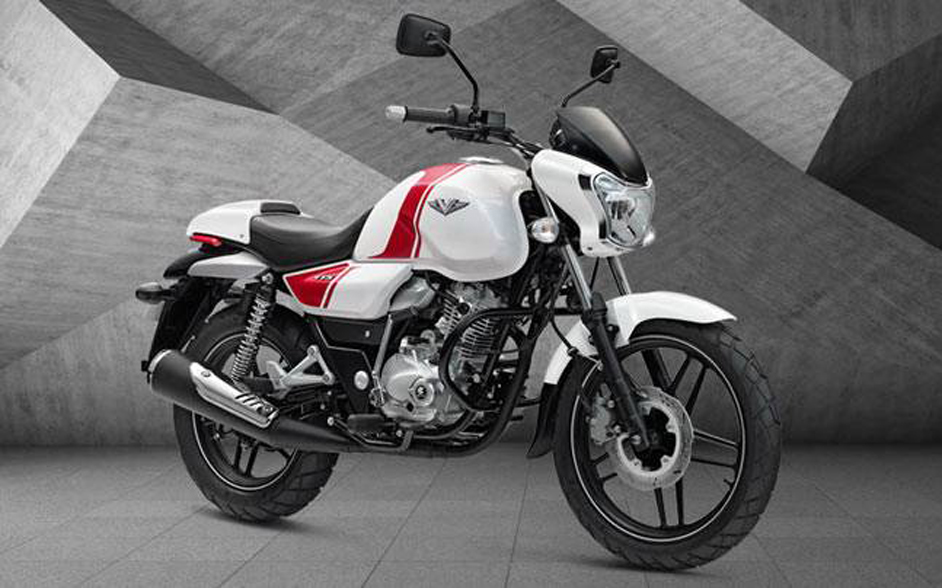 The rest of the specifications of the bike comprises of aspects such as the regular head light, an LED tail light along with multi-color LED displays. NS Vikrant badge adorns the fuel tank, seat material carrying a premium texturing, a stout exhaust can, disc brakes at the fore, drum brakes at the back, regular suspension system, 10-spoke cast aluminum alloy wheels, wide-section tyres, and a detachable plastic cowl on pillion seat. There is a lot, offered by this bike for sure. The entire outlay of the bike looks exceptionally great to look at. The premium offerings offered are way too great for a bike that s offering some of the best features compared to the amount offered on the bike that surely is going to loved in the Indian market, where the brand Bajaj already has much of a significance, already