While the hatchback market is on a boom in the country, the folks at Tata motors are all engaged in rolling out their latest Tata Kite hatchback version. The launch is tentative estimated to take place in the month of January, 2016

While the hatchback market is on a boom in the country, the folks at Tata motors are all engaged in rolling out their latest Tata Kite hatchback version. The launch is tentative estimated to take place in the month of January, 2016. While the car could arrive in the market to usher the new year, carrying price tag of INR 3.90-4.50 Lakhs. Since the brand has not disclosed any information about the car yet, the upcoming information is tentative. Let us get closer to the all new upcoming Tata Kite Hatchback.

Overview: Tata Indica eV2 would be an affordable hatchback that could be majorly used to commute on a daily basis. The car acquired its last make-over, back in the year 2012, carrying a host of fresh and supplemented features. As per the reports, the brand Tata is on a way to completely give a new looking and stance to the upcoming car, under the label called Kite. The revamped car is arriving in the market, with a sole objective of offering a hatchback feel to the potential entry level customers in the domestic market, who look at the best options available with just the right price tag. There are reports of this new car, to arrive in the market by the end of the current year, or January, 2016. 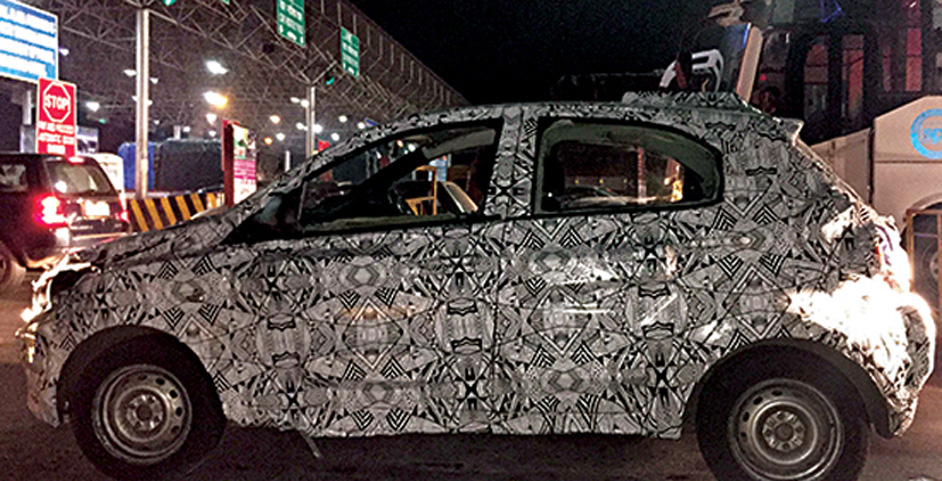 Engine and gearbox: The approaching Tata Kite hatchback is projected to scrounge the engine from its existing cousins in the market. Though, there are thought about the Company pooling in an all new three-cylinder petrol and diesel unit option for this new car. The car should be using the regular five-speed manual transmission along with an AMT transmission might as well be on offer tool.

Exterior: While taking a look at the otherwise concealed model of the car, being spied while on tests a couple of times, the car looks like a tall structure especially been allotted in eth entry level segment in the market and we assume that it should be grounded on the XO platform by the brand that also assembles in the Indica. Looks like the head light are derived from the Tata bolt, while the car carrying a reformed style of the fenders. While looking at the rear of the upcoming Tata Kite hatchback, one would find reformed tail lights that are placed in a horizontal layout that looks quite unique.

Inside the car: The car is expected to be outfitted with a host a features that appear similar to the Bolt; however you can expected the inside cabin to sport a better quality interior that the existing cars like Indica. The company is expected to fix a few add on gadgets like an enhanced infotainment system carrying Bluetooth to make is stand at par and apart from the existing cars.

Pricing of the car: The all new upcoming Tata Kite hatchback is expected to replace the existing Nano and the Indica. Reasonably priced in the frame range of INR 3.9 lakh to INR 4.5 lakh, it would compete against its competitors in the entry level market.