The brand Toyota has started dispatching the first lot of the eminent Innova 2016, here is a detailed spy story regarding the same. While a lot of testing mules have already been spied earlier of the 2016 Toyota Innova, however this time the cars are loaded on carriers, hinting about their dispatch now. Looking at the pictures, its looks pretty obvious that these cars are going to the dealers all across Indonesia at the moment. While the reported launch date of the Toyota Innova 2016 is scheduled for the 23rd of November 2015. As per the pictures, the various colors are clearly visible that comprises of a white, black along with a few shades of grey as well. Similarly the teaser floated out carried the new design, features, look and colors of the upcoming vehicle. 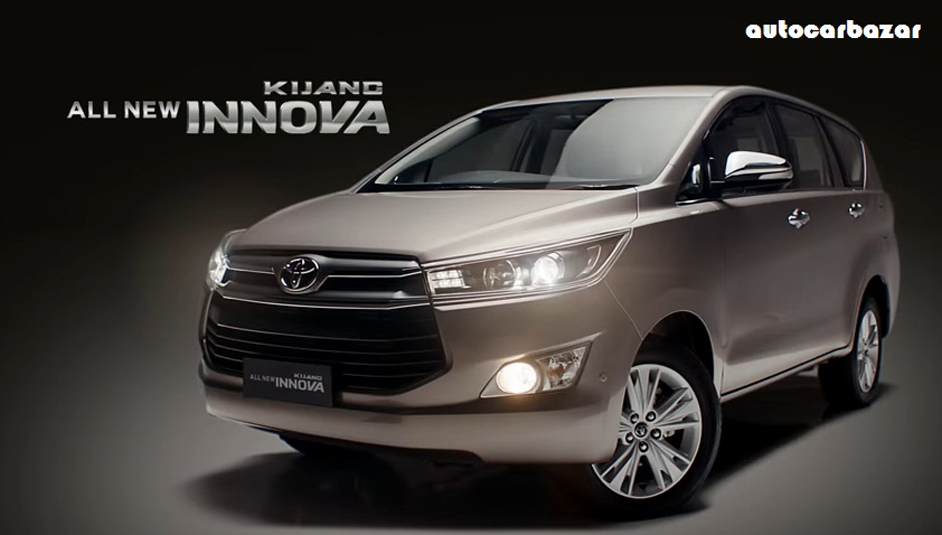 Design:- The 2016 Innova sports an entirely innovative and fresh layout, while looking entirely different from the ongoing model. The car is refreshed with LED projector headlights, a huge hexagonal grille and fresh new tail light layout along with the regular alloy wheels. While the proportion of the car is concerned, it is 4,735 mm by its length, 1,830 mm wide, 1,795 mm tall while standing at a 2,750 mm wheelbase, this proportion, indeed makes the car 180 mm lengthier, 60 mm broader, 45 mm taller than the departing variant, whereas the wheelbase remains the same.