Skoda India is celebrating its Anniversary in the country, while in order to mark the occasion 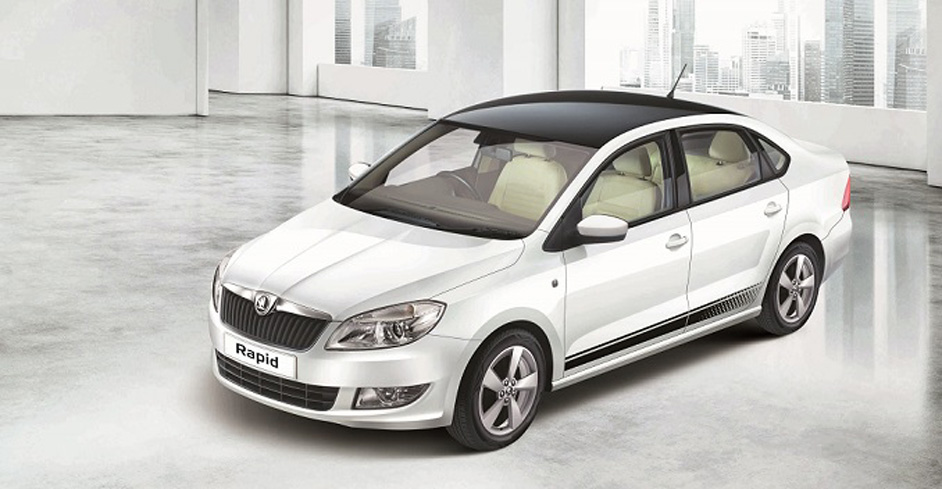 The Anniversary Edition would sport a 7-speed DSG transmission with tiptronic manual gear changing, regulating dual rear AC vents on rear center console, ?KODA 2-DIN integrated audio player, Bluetooth connection for phone /audio streaming / remote control via phone app, cruise control, projector headlights, height & length flexible steering wheel.Mr. Ashutosh Dixit, Director ? Sales, Service & Marketing, ?KODA AUTO India commented that the Skoda Rapid has been attracting buyers with its approach, realism and elegance ever since it was launched in the country, and now, owing to the brand?s dedication to develop the experience to own this wonder vehicle and take full advantage of its worth, the customers who would book the all new Skoda Rapid Anniversary Edition would obtain more for than what they pay, enhancing the value for their money.  It?s an evidence that ?KODA?s constant inheritance of contributing smart and realistic solutions for its customers. With a blend of technological aspects, supplemented safety measures and tempting aesthetics, the Rapid Anniversary Edition would certainly be a new and fresh offering in the spirited C segment.