Volkswagen’s luxury arm of car making Bentley is now stepping in SUV making. It is said that Bentley SUV will be world’s costlier SUV. The upcoming Bentley SUV will have a starting price of $237,000 INR-Rs 1.42 crore. The marquee said that it will invest over £800 million INR- Rs 7,337.57 crore in SUV making. The plant which will get such amount Investment is situated at the UK and known as Crewe. 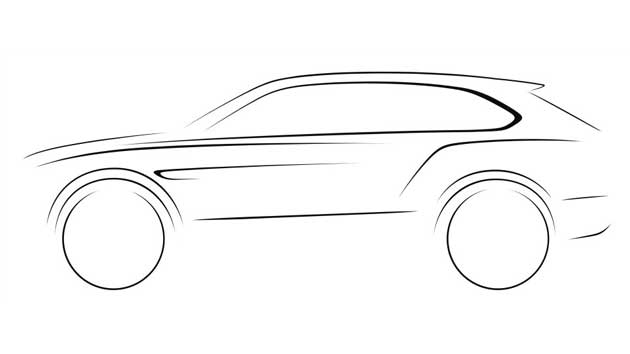 Moreover we would like to inform our readers that, company said that the Upcoming Bentley SUV will based on the Bentley EXP 9F concept, unveiled at Geneva Motor Show yesteryear. Bentley claims that 2016 Bentley SUV will be the most powerful one in the automotive market, when it will come to hit the road’s right after three years from now. This is an official announcement and company has also uncovered the official sketch of the forthcoming Bentley SUV. The SUV can occupy four people and have 6.0-litre W12 engine, producing 600PS of power and 800Nm of torque, this is what showcased in Geneva Motor show last year. Another engine option is 4.0-litre petrol V8, which makes out 500PS of power, apart from this for more economic value, a V6 plug-in hybrid, will be available.

Bentley’s chairman and chief executive, Dr. Wolfgang Schreiber, said: “This is excellent news for Bentley and for the UK. Bentley is increasingly successful and this new fourth model line will leverage the success of the global SUV market. The support of everyone involved with the company has been fundamental to this decision.”