Home Bike News The new Tiger on the rounds

The new Tiger on the rounds

We all have been close to the Triumph Tiger brand that has been around in the market since a decade now, however the Explorer, questionably is one of the most sorted and hand-picked name that was tossed in the market, back in the year 2012. Three years from there on, Triumph has unwrapped the curtains off their eminent 2016 variant carrying a few revolutionary updates right at the Milan 2015 show.

While we talk about the updates on the bike, the list is quite wide, similar to the rest of the bikes that were gifted with upgrades, just recently. Starting, from the dominant unit, to the ABS along with the traction control, hill-hold control and a semi-active suspension. All the six fresh and diverse variants carry an electrically controllable windscreen. The 2016 Triumph Tiger Explorer still endures to carry the 1215cc mill that also offered its power to the last variants. Though, the latest one has been rationalized to be well-matched with the fresh Euro 4 norms, and should also comply with the Bharat Stage norms. On the other hand, Triumph hasn’t exposed a lot of details about the engine so far, while we are trying to get the most of the updates we can ASAP to feed all your motto cravings. 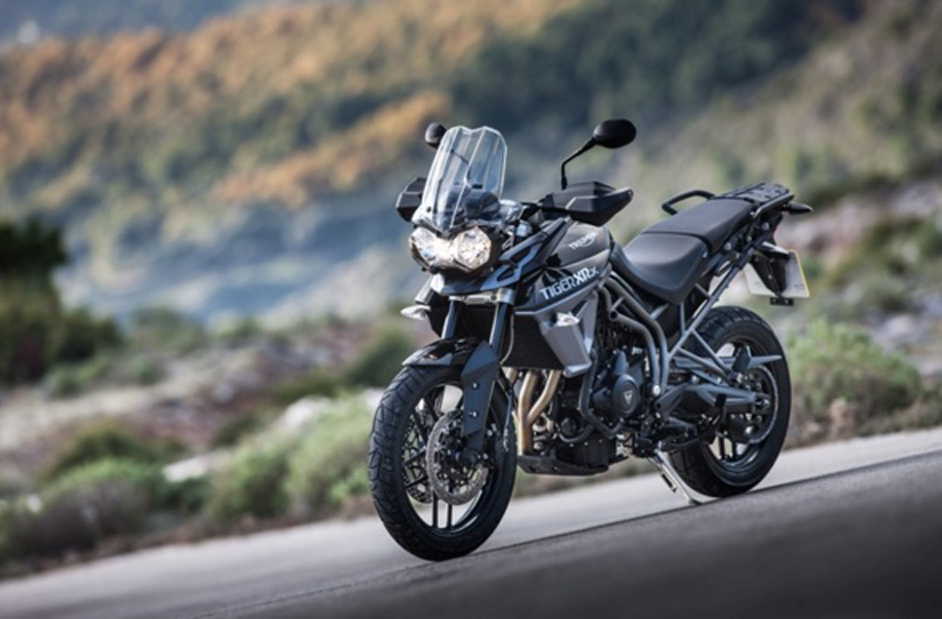 As far as we know, the fresh and eminent 2016 Triumph Tiger Explorer carries a new exhaust system along with a new map for the ECU to obtain a better power and torque numbers. While keeping the focus on enhancing the performance, the bike is built safer on the roads now. The hike would arrive carrying a switchable ABS on the entry-level offerings, carrying a traction control. The higher trims would arrive carrying advanced system along with ABS and traction control. They would also be highlighted with a hill-hold assist function that would make things easier to deal with abrupt and tough roads. The two entry-level versions acquire a completely adjustable suspension from Triumph-owned WP Suspension, and the four higher versions acquire a semi-active suspension. In order to name the six new variants, Triumph calls them smaller Tiger 800 bikes. The motorcycles that are completely dedicated to roads are known as the XC, XCx and XCa, whereas the off-road-oriented versions are known as XR, XRx, and the XRt