Hero MotoCorp is all set to roll out their much awaited and first ever indigenously crafted bike offering. None other than the Splendor iSmart 110 in the upcoming month of April. The bike would arrive with i3S, or an in-built start-stop system, being a key component that would helps the riders save on the fuel expenses and have a better fuel economy, while riding on the city roads. As far as the design is concerned, the all new and upcoming Splendor iSmart 110 boosts about a new and unique design layout if you would compare it with the previous Hero offerings. Namely, a dual tone paint hue. The headlight and mirrors acquire a sharp layout that goes well with the rest of the frame work and design. All the imperative aspects such as the frame, exhaust as well as the engine have acquired a dark and blacked look. 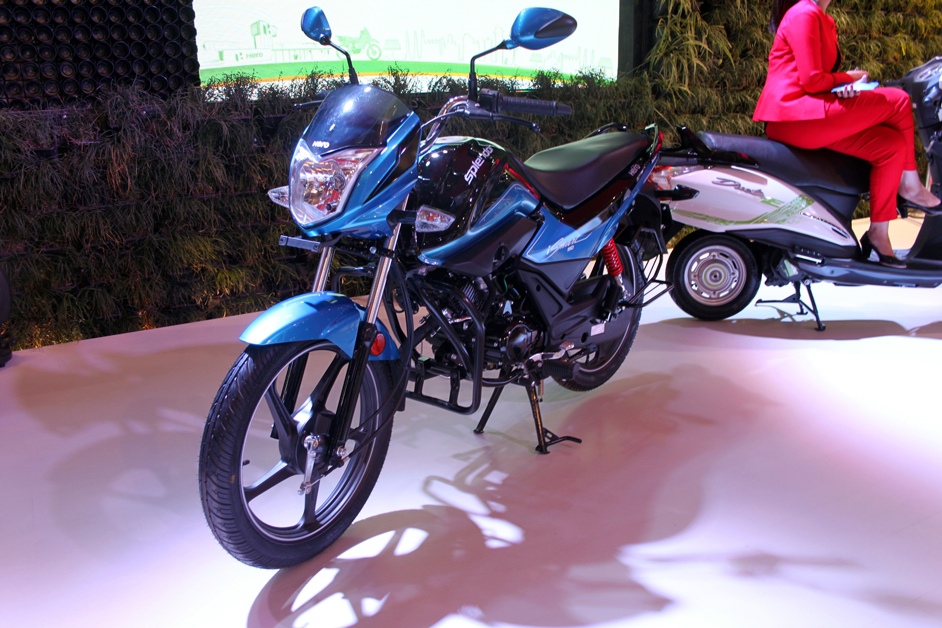 The Bike would be equipped with an air-cooled solo  cylinder 4-stroke 110cc mill that produces nearly 8.9bhp @ 7,500rpm along with a maximum torque of 9Nm @ 5,500rpm. The unit would be paired to a four-speed gear transmission. The i3S technology by design disconnects the power to the unit, as and when the gearbox is settles down to a neutral for more than a couple of seconds. It would automatically mean that as and when you stop at a traffic light, i3S would off its engine for you, the moment the gears go neutral. After the signal says green, you are ready to go by pulling the clutch while the engine will start going on a self start. The Hero Splendor iSmart is projected to arrive in the domestic market, carrying a price tag of INR 52000 and INR 55000, being the ex-showroom cost.