Finally we get a glance of the Benelli TNT 600i LE

The high value offering from the brand TNT is out now in a limited edition offering, finally the look is revealed, all thanks to the pictures unveiled

The high value offering from the brand TNT is out now in a limited edition offering, finally the look is revealed, all thanks to the pictures unveiled, in order to give the daily fix to all out bike fanatics in the country. Benelli, with the support of the DSK Moto wheels, has already managed to roll out a wide-range of superior bikes in the country, carrying powerful units that carry a capacity of 300cc to 1130cc. There's a couple of prevalent, well-priced 600s – the TNT 600i and 600 GT, both installing the required in-line four-cylinder motors, in distinct tunes.

Overview: The Benelli TNT s an energetic naked motorbike, that carries astrident conduct along with a stimulating exhaust note, whereas the 600 GT is a calmer, easier sounding and a balanced and preferred touring motorbike, accessible with panniers. 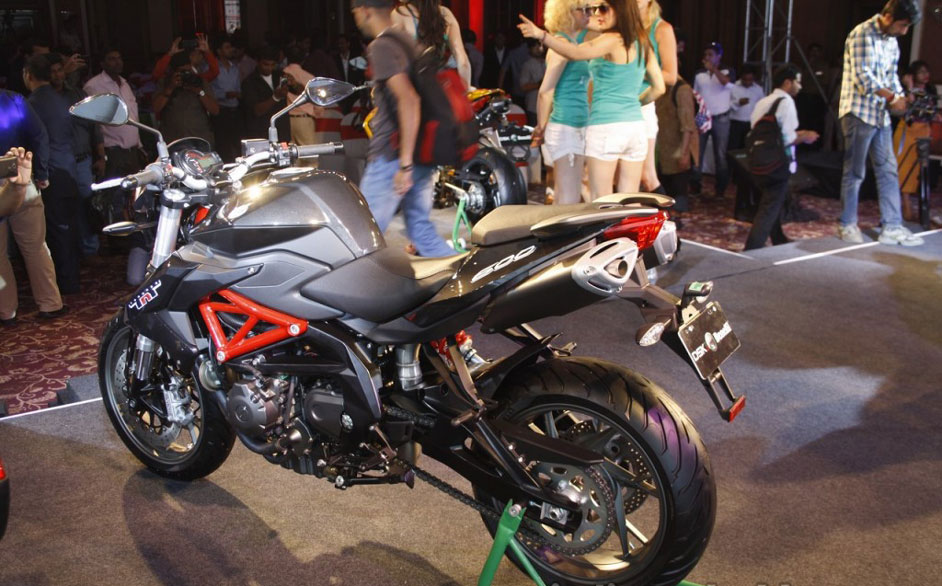 Engine & Transmission: The in-line four-engine motorised 600cc unit is a one of its kind, recently moved in the domestic market of our country, along with the Honda having introduced their CBR 650F, an outstanding but high-pricedmotorbike. The Benelli TNT 600i LEbidsin for transformedofferings with latest golden hues, clubbed with clutch and front brake levers, apart from the one that would endure to house the similar engine and chassis likely to the 600i. It's a four-stroke, in-line four unitpacked with liquid-cooling, fuel-injection, four-valves per cylinder and dual overhead camshafts mated to a six-speed gearbox. The Benelli TNT 600i LE has a capacity to produce an 80.5bhp @ 11,500rpm, along with a 5.3kgm of torque @ 10,500rpm.

Body: Twin underseat exhausts offerthe 600 a characteristic and athletic look. The limited-edition motorbikepractiseson a tubular steel casing that comes across to a beefy alloy swingarm at the back. Braking is through a twin 320mm disc setup at the fore, and a solo disc at the back. The Benelli TNT 600i LE has arrived in the native market carrying a price tag of INR 5.66 lakh, being an ex-showroom price in Pune, while the brand has managed to sell across 60 bikes already