Bajaj has announced the latest addition V12 from Bajaj in the commuter bike segment and specification 125cc motorcycle has been priced at Rs 56283 (ex-showroom Delhi).

Bajaj has announced the latest addition V12 from Bajaj in the commuter bike segment and specification 125cc motorcycle has been priced at Rs 56,283 (ex-showroom, Delhi).

After success tasting with the Bajaj V15, it was inevitable for Bajaj two-wheelers to cash in on this positive momentum. The V15 a hit among the commuter buyers was the fact that the new one was offered at the price of a 125cc motorcycle while having a displacement of 150cc along with its café-racer inspired styling bike. In the new year first week, Bajaj has launched the second bike under the “V” version family, the new addition V12. The new V12 pricing was announced last month and it carries a sticker price of Rs 56,283 (ex-showroom, Delhi) which makes it almost Rs 6,000 cheaper than the V15. As you know the Rs 6,000 difference might not seem much but in the fiercely contested commuter segment, consumers are focus on cost conscious and every rupee is significant. 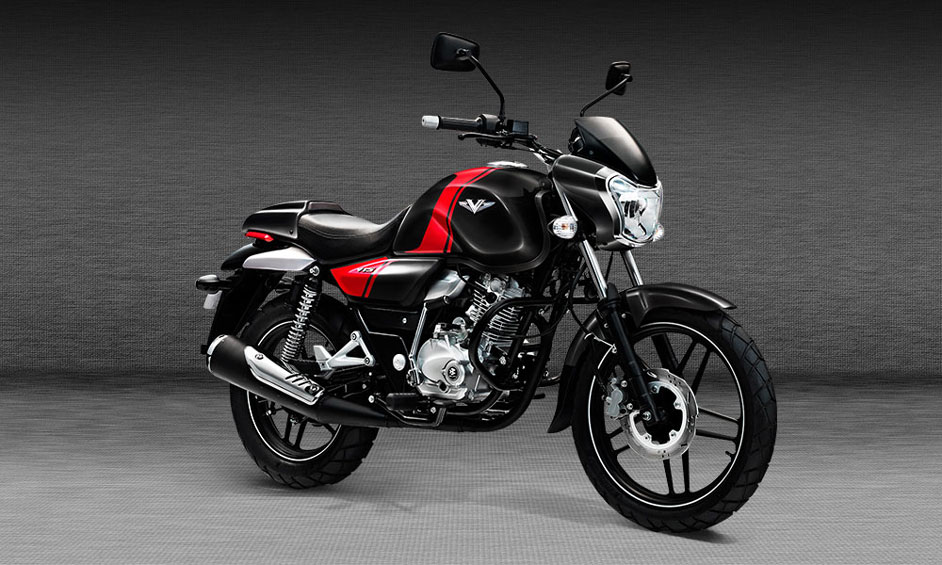 The new Bajaj V12 specification has been posted online by the Chakan-based two-wheeler giant. It has powered by a 124.5cc, single-cylinder motor, delivering 10.7PS at 7,500rpm and a peak torque of 11Nm at 5,500rpm. Its power is transmitted to the rear-wheel via a 5-speed gearbox. The new addition Bajaj V12 looks similar to its 150cc sibling V15, except for V12 badge, fork gaiters and the smaller 110-section rear tyre that are exclusive in the bike. The Bajaj has only provided drum brakes on both ends and disc brake isn’t available even as an optional extra. Beside it the tyres aren’t tubeless as seen on the V15 and mileage figures for the V12 will be around 60kmpl. The latest version Bajaj V12 will compete against the Honda CB Shine SP, TVS Phoenix 125 and the Hero Glamour. It will be riding the new Bajaj 125cc motorcycle in the third week of January 2017. So, stay tuned to Bajaj official website for more details.