Home Bike News A closer look at the KTM 390 Adventure

A closer look at the KTM 390 Adventure

This inspiring and stimulation machine could be made in India. While there is a lot of anticipation in the market, in regards to this new offering that talks about being good to look at and at the same time, the bike is performance oriented as well. As per a report, the KTM adventure tourer will be housed with a 200 cc and 390 cc unit, while the launch is scheduled for the upcoming months of April or May 2016. As per the resources floating over the web, the bike is going to stand upon the similar chassis frame, just like the Duke. The KTM 390 Adventure would be underpinned in a brand new frame that is apt for a tourer and an off-roader. This chassis would keep space for the 200 cc and a 390 cc mill that is also giving its power to the Duke as well as the RC twins. 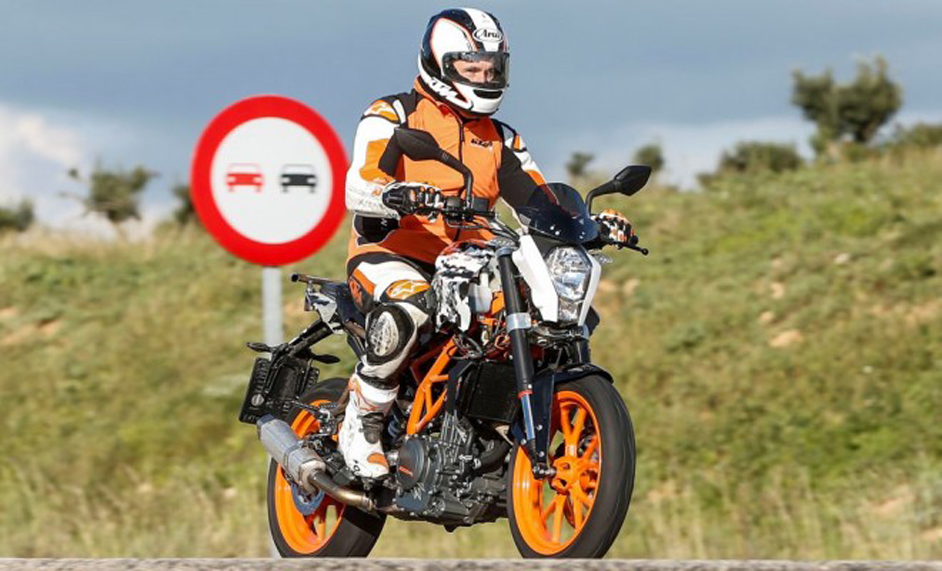 Talking about the layout of this KTM, it is most likely projected to carry out a layout that looks similar to the KTM 1190 Adventure. Upon launch in the domestic market of the country, the bike would compete with the Royal Enfield Himalayan as well as the Mahindra Mojo. The adventure twins would carry a price tag, similar to the KTM RC twins, while the production would be carried out at the Bajaj’s plant based in Chakan, in order to serve domestic and international markets both. The bike is projected to carry a price tag of INR 1.5lakhs to 3 lakhs. You will have to watch this space for more details, while the launch is just around the corner, this offering by the brand KTM has a lot to be offered to the markets!