The much awaited and a grand layout of a Motor show has finally arrived, open to the public starting from the 20th-30th of August 2015, being organized at the Jakarta international Expo, JIExpo-Kemayoran, Indonesia.

The much awaited and a grand layout of an Indonesia International Motor Show has finally arrived, open to the public starting from the 20th-30th of August 2015, being organized at the Jakarta international Expo, JIExpo-Kemayoran, Indonesia.

Indeed the much awaited and explored Motor show, happening in Indonesia is on a roll now. It carries a very interesting tag line that is ?The Essence of Motor Show? definitely carries some alluring aspects to it.

One can expect a lot of progress over the show this time. The show comprises a hint of motorbike show, a show for auto parts and the best n class accessories for the vehicles as well.  This particular show definitely would be one of a kind, speaking more and displaying better than ever before!

Certainly after its association with the Grand Prix International, this would definitely be a strong contender, being in the list of the best auto shows throughout the world. The tag line, the theme, concept, everything has gone under a make-over this time, certainly giving a lot of addition aspect to the audience to look out for. 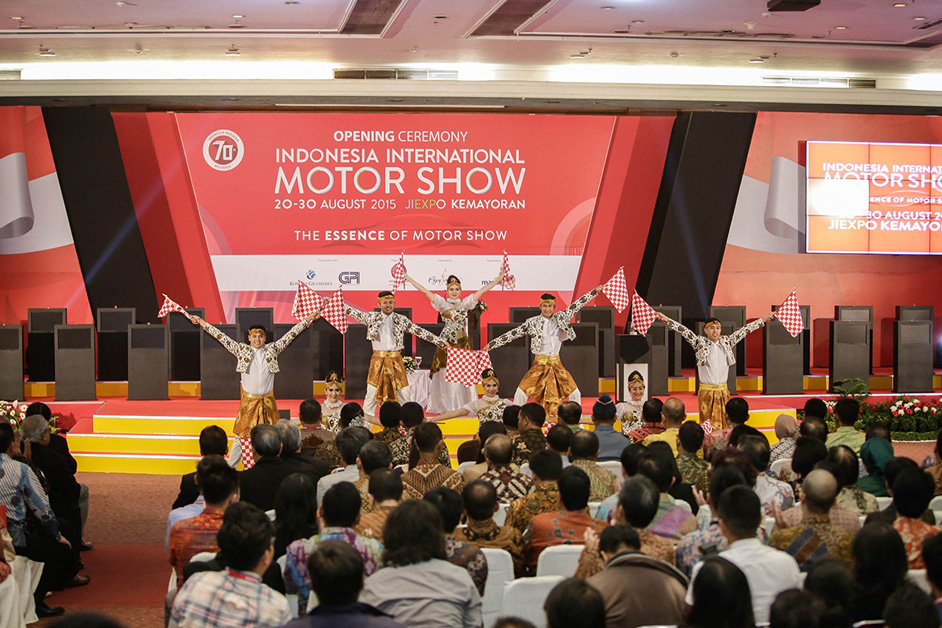 This Show would just not be limited to the four-wheeled vehicles, their display, transactions etc. but bike show has been added, along with the display, awareness and exposure to the insides of a car, like components, auto parts etc. The show has been divided into specific sections for the passenger?s convenience, and would be offered the moment the spectators step in, so that they can chalk out on the stuff they need to explore.

The Hall A of the Indonesia International Motor Show 2015 has an array of the passenger cars to be discovered. They have names like the Hyundai, Chevrolet, Nissan, Honda, Datsun, Ford, Toyota, Suzuki, Mazda, Chevrolet, Mitsubishi, along with movie cars from Fast and Furious, Pontiac etc.

The Hall B has a display to offer and present the Motor bikes, to stun the audiences, with makers such as Honda, Triumph, KTM, Kawasaki, Yamaha, VW, Benelli and many more.

The Hall C has an array, featuring the accessories and the spare parts by the various makers and developers of distinct brand from all across the globe.

The Hall D has been dedicated to the Luxurious offering by the various makers, arranged in separate booths.