Indonesias biggest auto festival GAIKINDO Indonesia International Auto Show (GIIAS) is all set to go public from August 11 to August 21 this year. The auto show is being held at the Indonesia Convention Exhibition (ICE), BSD City in Tangerang.

Covering an aggregate area zone of around 220.000 sqm, ICE is another rising destination of the MICE business in Indonesia. The venue is intended to be the biggest open show and convention center of Indonesia. It offers adaptability to encourage a full scope of events at the same time along with the core business involving exhibitions, meetings, conventions and others. 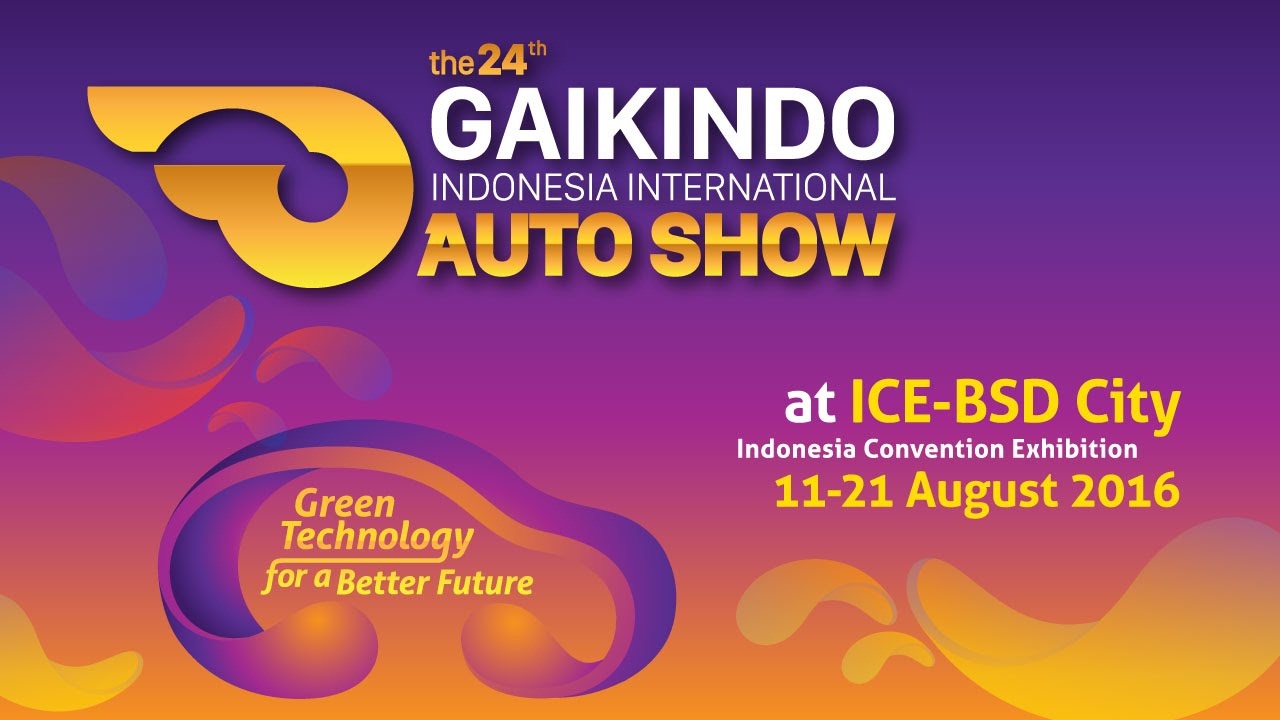 Situated in the heart of BSD City, ICE ranges crosswise over 10 show lobbies of 50,000 sqm. and an extra 50,000 sqm open air presentation space, a 4,000 sqm Convention Hall distinct into 4 rooms; 29 meeting rooms; and a 12,000 sqm pre-function entryway. GAIKINDOs Automotive Exhibition recorded a critical commitment to Indonesia’s car industry through arrangement of GIIAS presentations held all through 2015. The display, which has gotten universal accreditation from Organization International des Constructeurs d'Automobiles (OICA), the worldwide association that supervises the worldwide car industry, has likewise got bigger and better.

Entering 2015, when all the car business sectors built up, the interest for car show benchmarks expanded. The old ideal models of an automobile fair were no more worth safeguarding. The idea and execution of an automobile expo ought to move forward and this turned into the reason for GAIKINDO to embrace another name of its presentation into GIIAS. The venue was also moved to the new one to encourage better standards and new businesses. Last year’s achievements urge GAIKINDO to reinforce its dedication to convey Indonesia's name to the world's car stage. At present, Indonesia has begun to take the consideration in Asia and the world as a potential car market and GIIAS 2016 is spotlight on Reinforcing Indonesian Automotive Exhibition on a global platform.

In 2016, GIIAS will use bigger range by 5,000 square meters to end up at 96,577 square meters of used space for the car expo. There are over 34 automobile brands that are going to be a part of the auto show this year. BMW, Datsun, Chevrolet, Honda, Dodge, Daihatsu, Hyundai, Fiat, Isuzu, Jeep, Jaguar,KIA, Lexus, Mazda, Land Rover, Mercedes-Benz, Mini, Nissan, Mitsubishi Motors, Renault, Tata Motors, Suzuki,Toyota, Wuling, VW, FAW, Isuzu, DFSK, Hino, Tata Motors, Mitsubishi Fuso and UD Truck are some of the brands that will be seen in the exhibition this year.

Brief History – Now and then

GAIKINDO CAR EXHIBITION (Pameran Mobil GAIKINDO) was set up in 1986. It was facilitated by GAIKINDO as Indonesia’s biggest car display at the time. In 2006, the trade show achieved another stage by turning into a worldwide scale display embraced by Organization Internationale des Constructeurs d'Automobiles and changed its name to Indonesia International Motor Show (IIMS). Along the incredible 20 years of adventure, the show was driven towards a brighter future with another name GAIKINDO Indonesia International AUTO SHOW 2015. This year is the second edition of the newly-formed GIIAS.

GAIKINDO Chairman Sudirman MR communicated the association's dedication to showcasing the automobile expo in a user-friendly way this year. Having succeeded with the past "GIIAS 2015", GAIKINDO is willing to make "GIIAS 2016" a benchmark of Indonesian car improvement in worldwide level.

Underwriting and accreditation from OICA to the car exhibition urged the association to create GIIAS as one of the world's best car expos in the following five years inside OICA's date-book. GIIAS Organizing Committee Head Johnny Darmawan said that the automobile fair by GAIKINDO has turned into the most positive auto presentation for carmakers and auto wholesalers in Indonesia to showcase their most recent models. In addition, GIIAS also deals with larger groups and clients.

GAIKANDO event coordinator is Seven Events. Andy Wismarsyah, President Director of Seven Events clarified that GIIAS 2016 has been organized keeping in mind the public comfort. There will be all the more supporting facilities this year so that everyone is at ease. Apart from exhibiting the autos, this year the auto show is expected to be different as the venue will also play host to the celebrations of Indonesia's 71st Independence Day on August 17. This will see larger crowds assemble at the auto expo this year. GIIAS 2016 will showcase 26 brands of passenger autos and 7 business vehicles, focusing on more than 350 exhibitors. Last year, GIIAS recorded 19,380 units of vehicles sale and exchange valued at IDR 5, 77 trillion.

Gaikindo Indonesia International Auto Show is an 11-day auto expo. The exhibition will showcase a wide exhibit of auto repair components, types of gear, oils and greases, auto batteries, tires and other related vehicle accessories in the auto business. This year, the expo has more anticipation in terms of revenue generation with many affordable cars being showcased to the general public. The stakes are higher than before and expectations are high for both the exhibitors and the visitors.

Meanwhile, a face-lifted adaptation of the Maruti Suzuki’s Ertiga will make debut at the Gaikindo Indonesia International Auto Show on August 20 this year. Spy pictures of this model in India demonstrate the front getting another grille with thicker chrome supports and a revamped guard with a chrome lining close to the haze lights, similar to the Dzire and Swift. The backside sees a chrome strip included over the tag walled in area and a marginally changed guard.

Aside from the minor restorative changes, it is relied upon to get a keyless passage highlight and a push-catch ignition alongside included common luxuries within to stay aware of the times. The motors are relied upon to be the same 1.4-liter K14B petrol motor and the 1.3-liter DDiS diesel motor that make it costlier but more fuel-efficient for the users. The face-lifted Ertiga will be sent out by Maruti Suzuki as Completely Knocked Down unit to Indonesia. The Indian business sector may get the facelifted Maruti Ertiga during the festival season starting in October.