Home Auto Shows The Spy Story of the KTM RC390

The Spy Story of the KTM RC390

The all new upcoming KTM RC390 spotted for the first time in the country, while the launch is schedules towards the mid of the upcoming year of 2016. The two-wheeler porch KTM that would hurl in the domestic market of our country from Australia, lately exhibited the fresh and upgraded model of the trendy entry level sports motorbike - the RC390 at the 2015 EICMA. The bike surely managed to get the eyes of most of the bike fanatics over its presence, style and dynamics, this time KTM India is dressing it all up to be luring the fans out here in our country at the Delhi Auto Expo 2016. 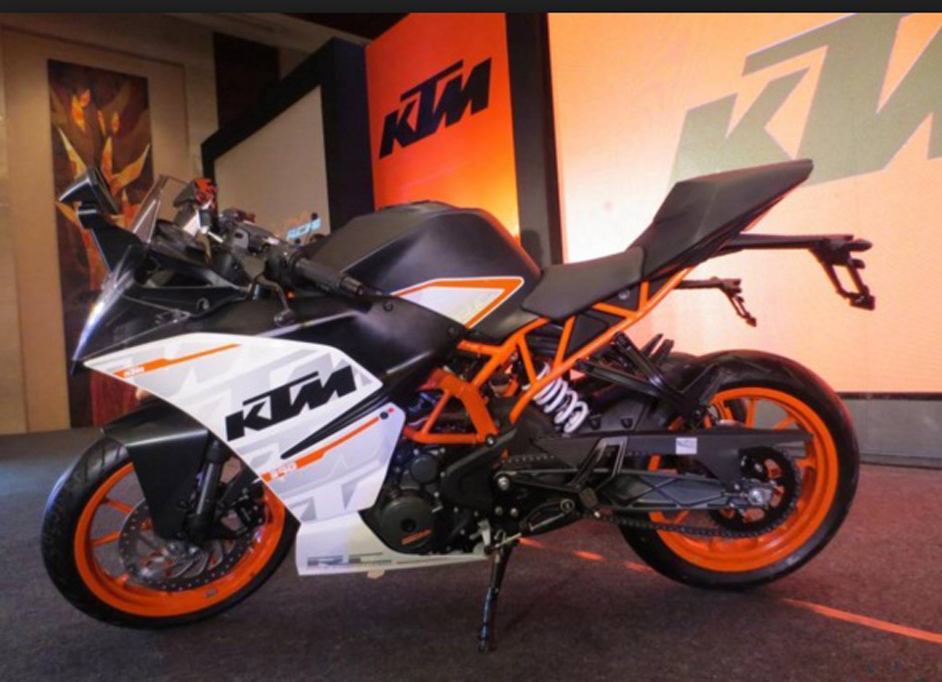 Before the bike is formally introduced in the market here, a test product has been reportedly seen over the Indian terrain that hints the launch pretty soon, actually sooner than we thought about. Laden with a lot of rich features, equipment that surely is great to look and greater to drive adding a lot of fire to the competition around. Talking about the looks the bike carries, the all new KTM RC 390 is not really different from the existing variant; however with an eye like ours, you would notice the modified mirrors, the bigger disc along with a new exhaust system. In place of its regular underbelly unit, the upgraded KTM RC390 features an all-new full-sized side elevated aluminum exhaust system that supports the bike to abide by the Euro 4 emission norms. Other than the bike, as we have discussed earlier, the bike now acquires a bigger 320mm front disc, larger mirrors and minute fairing uplifts.

Owning to the latest equipment offered on the new RC 390, the motorbike acquires a new sports slipper clutch, ride by wire technology along with an adjustable brake at the fore and clutch levers with Brembo breaks. KTM now also provides the bike with a better and comfortable cushion on the seat especially required on the bumpy Indian roads. The new and updated KTM RC 390 would be acquiring its power over the similar 373.2cc liquid cooled, solo cylinder, 4-stroke mill likely to the ongoing model. The engine offers a peak power of 43bhp @ 9,000rpm and makes around 35 Nm of maximum torque @ 7,000rpm and arrives paired to a 6-speed transmission.