Home Auto Shows Tata Sports Hatchback to be unveiled in 2016

Tata Sports Hatchback to be unveiled in 2016

As per the information available over the various sources on the web the Tata motor is projected to roll out a sports model for the first time on roads.

As per the information available over the various sources on the web, the Tata motor is projected to roll out a sports model for the first time on roads. This would be their primary venture into the production of a sports model that looks great and is performance oriented as well. Right after the debut at the 2015 Geneva Motor Show, a fully equipped and production ready variant has been displayed at the biggest ever Auto Expo 2016 during the previous week, with a tag of “Coming Soon”. They are letting the Bolt image disappear from the new offering, although the car looks like being inspired by the “Bolt”. This sports model carries a performance-oriented body kit that contains some of the deeper positioned bumpers along with bigger air intakes, 17-inch alloy rims, side intakes, along with a spoiler at the rear of the car. The Tata emblem is as usually carved on the grille is this time substituted with a stylized “S”. 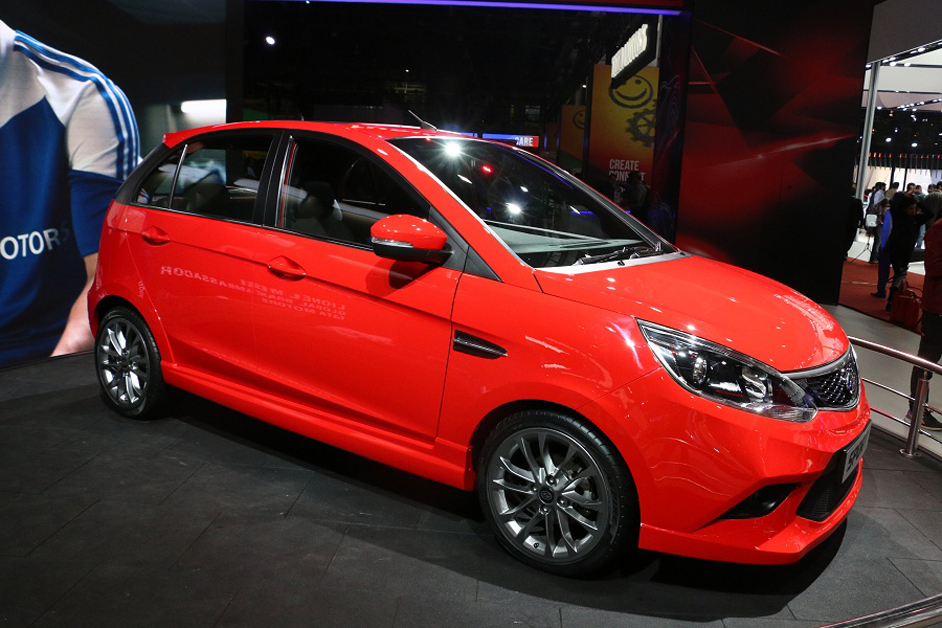 Tata Sport would be acquiring its power over the similar 1.2-L turbocharged petrol ‘Revotron’ mill borrowed by the regular Bolt, however it is tuned by Coimbatore based Jayem Automotive to generate 110 PS at 5,500 rpm along with a peak torque of 170 Nm amidst 2,000 and 3,500 rpm. It arrives paired to a 5-speed transmission, carrying a capacity of speeding from 0-100 km/h in just 12 seconds. For controlling the car, the Tata Sport has been granted with disc brakes in all four wheels. It also sports a Multidrive system that enables the driver to make a choice between Eco, City, and Sport while it can take the advantage from the various throttle maps. The suspension has been revamped along with re-tuned springs and dampers for both a planted ride and an enhanced control. Once the car arrives the market, it would face off the already existing VW Polo GT TSI, Fiat Punto Abarth, Maruti Baleno RS etc. It is predicted to carry a price tag of INR 10 Lakhs. While the car is scheduled to be out in the market later this year.