While the big event of the country marks its onset today. And now stay tuned to get the hottest and the latest buzz right from the stands of the Auto Expo 2016

While the big event of the country marks its onset, today. And now stay tuned to get the hottest and the latest buzz, right from the stands of the Auto Expo, 2016. GM India un-wrapped the Chevrolet Essentia compact sedan concept at the current Auto Expo 2016. The concept would be up for the production amongst the sub-4m compact sedan category at General Motor’s plant in based out in Talegaon in the next year, 2017. Yet another time, Chevrolet is named the car “Essentia” going by style and English taste of a notchback. This would certainly be a tradition, yet comprehensive notchback that would be offered in the domestic market of India. The car is supposed to be rich in its fixtures as well as would bring ample space, as per its design and layout. 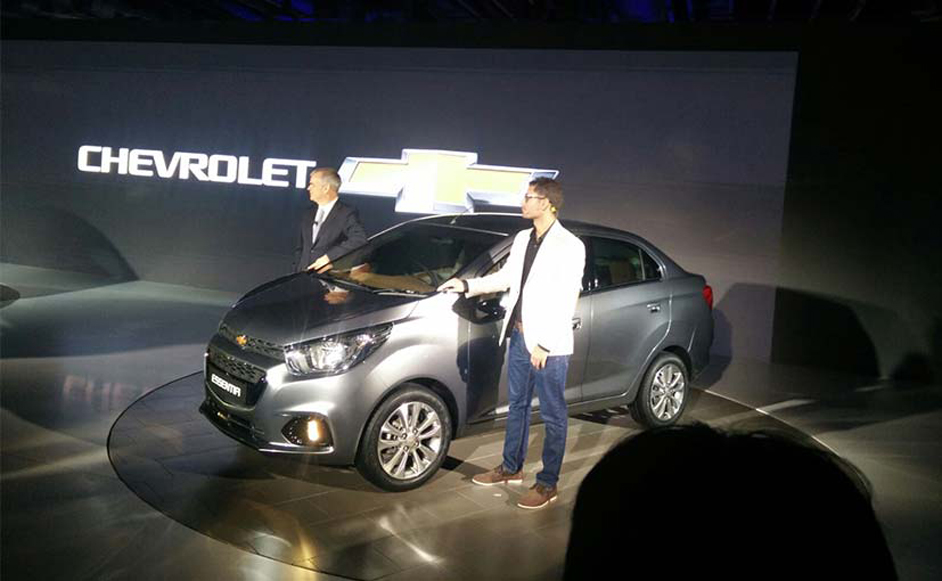 The car would carry the capacity to make 5 adult passengers sit comfortably inside its cabin, while there would be enough space for luggage. There is much of a space offered in the car, however there is no miss given to the style of each of the aspect inside the Chevrolet Essentia. The concept of the car stands tall on the base foundation of another popular Chevrolet Beat hatchback. General Motor’s Korea Design Studio is the magic behind its elegance and charm, as the car certainly looks well placed and aptly positions in terms of its designing. The car’s design has reached India from the brand’s studio in India via Korea. GM India quoted that the production model of the Essentia would be fortified with the Chevrolet MyLink2, an infotainment system that comprises Apple CarPlay as well as Android Auto software. Active and passive safety features like dual air bags, ABS and a rear camera would be present too. Once the car rolls out in the coming year, it would face off with the others in the market since ages now. Starting with Maruti Swift Dzire, Honda Amaze Tata Zest and Hyundai Xcent