The India bound 2016 BMW 7 Seriesis currently being premiered at the 2015 IAA in Frankfurt that would be entering into the domestic market of our country during the coming year.The all new wonder car was unveiled in the month of June, while the potential buyers have had a chance to get closer to the premium brand BMW’s state-of-the-artleadingoffering since then.

Engine: There is just a diesel option available in the range is the BMW 730d that is commendable to sport a B57 six-cylinder diesel unit producing 265 PS along with giving out a Fuel competence at 22.2 km/L . Petrol options comprise of a i6-powered 740i (326 hp) and V8-powered 750i xDrive (444 hp). While the engines are teamed up with an 8-speed automatic Transmission whereas an xDrive AWD system is accessible as an electivegear. 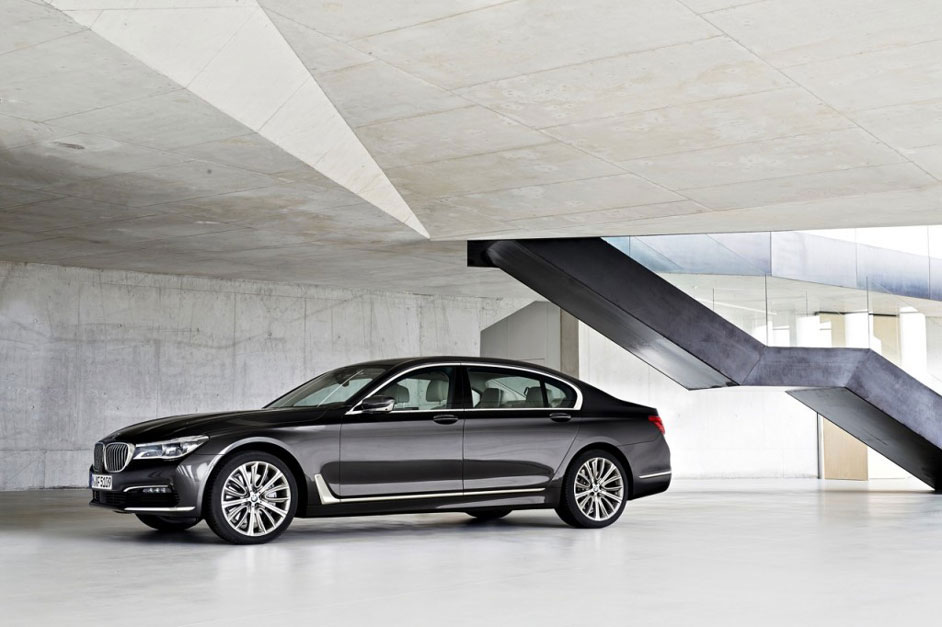 Car’s body and insides: Talking about the exterior of the all new BMW 7 Series, it would not be incorrect to say that it is indeed a revolutionary change ahead, sporting an identical layout and designing outlines, however along with contemporaryessentials and qualitydashes. The BMW 7 Series would be one of the uncommon vehicles to provide an optional Laser head lamps, auto-parking assist, and a key fob along with a display.The 2016 BMW 7 Series also provides an option of the M-Sport body kit along with bigger intakes, 5-spoke alloy rims along with exceptional interior tabs, along with a  7 Series Individual that takes vehicle individuality up to a level above. Inside, the 2016 BMW 7 Series acquires an identical design, however comes filled with gen-next features. It arrives with regular freestanding touchscreen display power-driven by BMW’s iDrive 5.0. It ropes in air and touch signals for the first time, and has the most prevalent Head up Display than any other car produced so far.

Casing: The car is said to be grounded on the brand’s gen-next CLAR platform, along with supplementary features like the carbon fiber structure that is surpassingly for such a premium segment. Wrapped around with advanced materials used in the body structure, BMW has succeeded to lose around a 130 kg as compared to the existing variant.